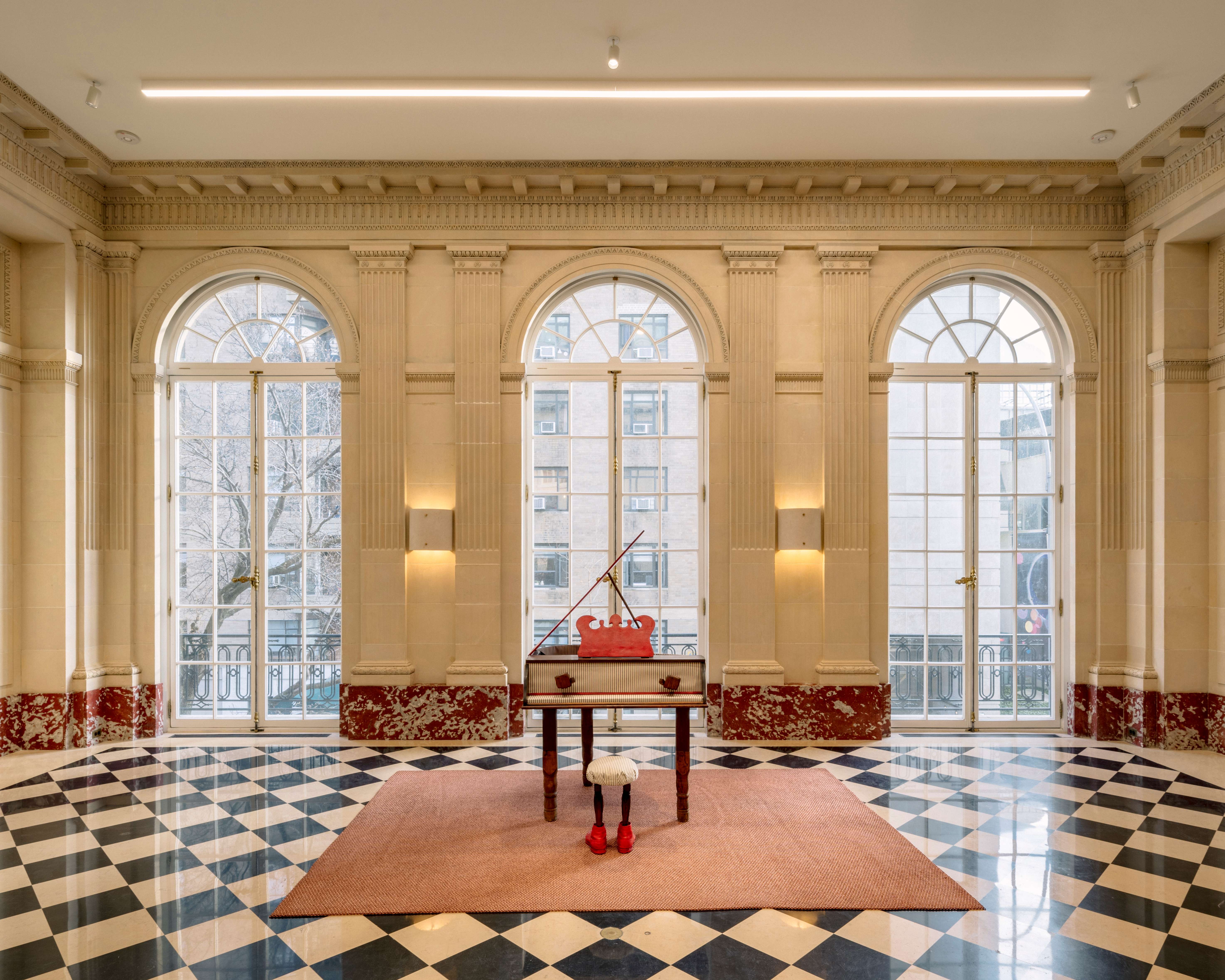 3 East 89th Street opened to the public in March 2021, activated by Salon 94 under the auspices of the S94+ Foundation. The building serves as the headquarters of Salon 94, Salon 94 Design, and S94+, a non-profit initiative through which exhibitions, performances, and educational projects will be realized. The historic landmark building, built between 1913 and 1915 by celebrated architect and decorator Ogden Codman, was originally owned by arts philanthropist Archer Huntington and sculptor Anna Hyatt Huntington before the pair gifted the building to The National Academy of Design in 1940. Architect Rafael Viñoly has restored and renovated the building, his fourth project with Greenberg Rohatyn.

ARCHITECTURE
The 17,500 square foot building on the Museum Mile featured a significant update. Its rusticated limestone and tan brick facade has been fully restored, with a new wooden front door, a replica of Codman’s original based upon his original drawings housed in his archive at Columbia University. Visitors enter through the Porte Cochere, which features restored marble granite with accents: a herringbone brick paver floor, coronet light fixtures, and a new ceiling with metallic finish. The entryway leads into a gallery space on the ground floor, with 14’ ceilings with the original, penny-tile flooring and featuring the original concrete slabs of the building structure. Toward the rear of the space, a ten-foot elevator carries visitors up the four flights of galleries and office space. Alternatively, one may ascend the neo-Renaissance oval staircase featuring a Philippe Malouin chandelier, custom-made for the space, along with historic iron railings and limestone treads, and an “oeil-de-boeuf” elliptical window.

The third floor of the building is home to an office described as the Wood Room, with custom mahogany paneled, latticed walls and integrated, art-hanging brass hardware. Original details have all been restored, such as parquet floors, carved wood crown moldings, oak door frames, and an original fireplace. The Wood Room has frequenrly been used to showcase Salon 94 Design alongside secondary works. A third white cube gallery space is adjacent, with restored, white-washed original parquet floors, Classic Gray gallery walls, and coronet light fixtures.

The building will have a second phase of development with additional rooms, such as a café and shop, to open in Fall 2022. 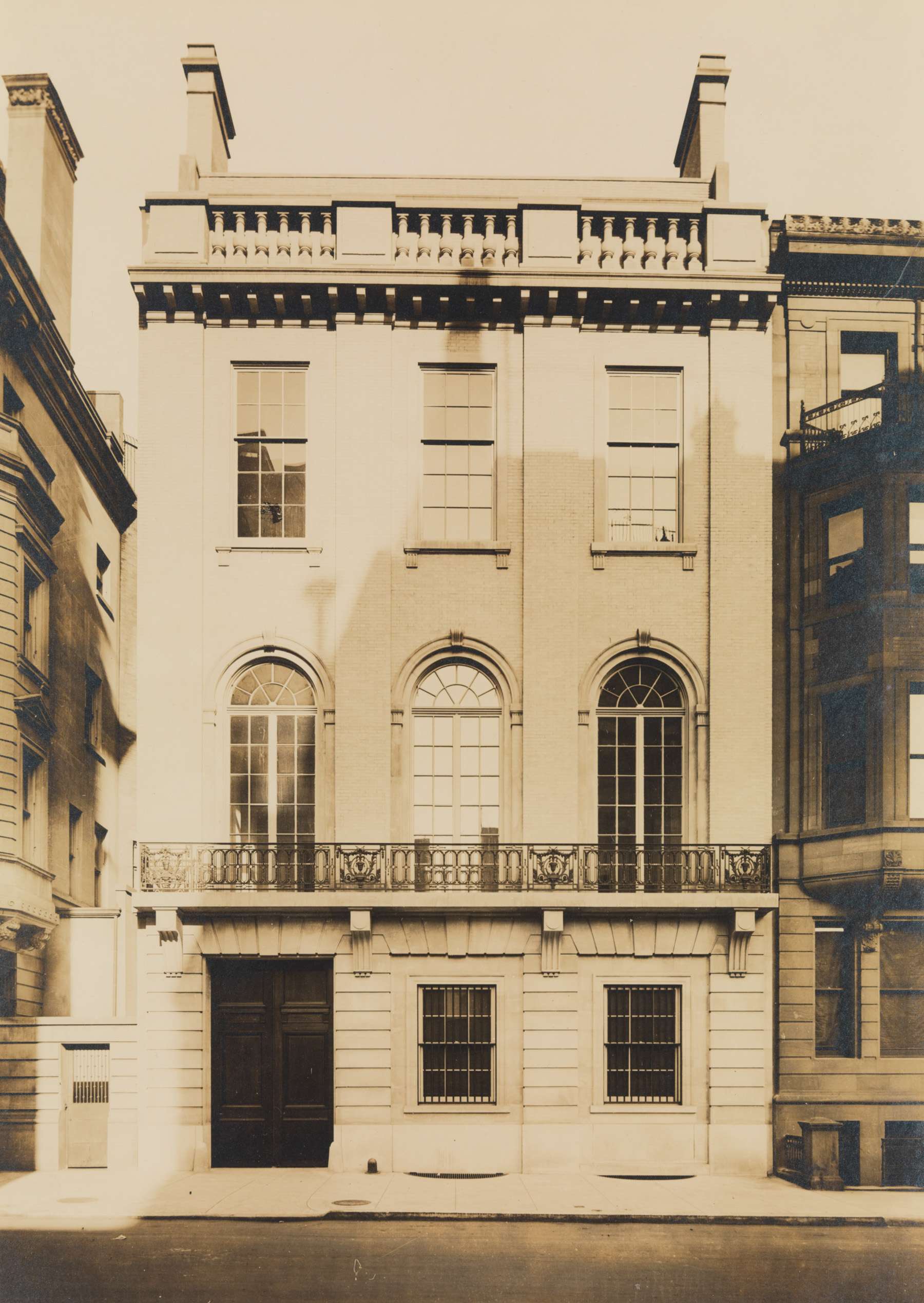 BUILDING HISTORY
3 East 89th Street was constructed between 1913 and 1915, designed by Ogden Codman for Archer M. Huntington as a wing to his house at 1083 Fifth Avenue, which was being remodeled by Codman at that time. Archer and his second wife, sculptor Anna Hyatt Huntington, utilized the ballrooms to entertain and showcase Anna’s sculptures at 3 East 89th Street. Indicative of their philanthropic interests and the Huntingtons’ love of fine art, 3 East 89th street, along with their adjacent properties, were donated to the National Academy of Design in 1940, an institution founded in 1825 to “promote the fine arts in America through instruction and exhibition." 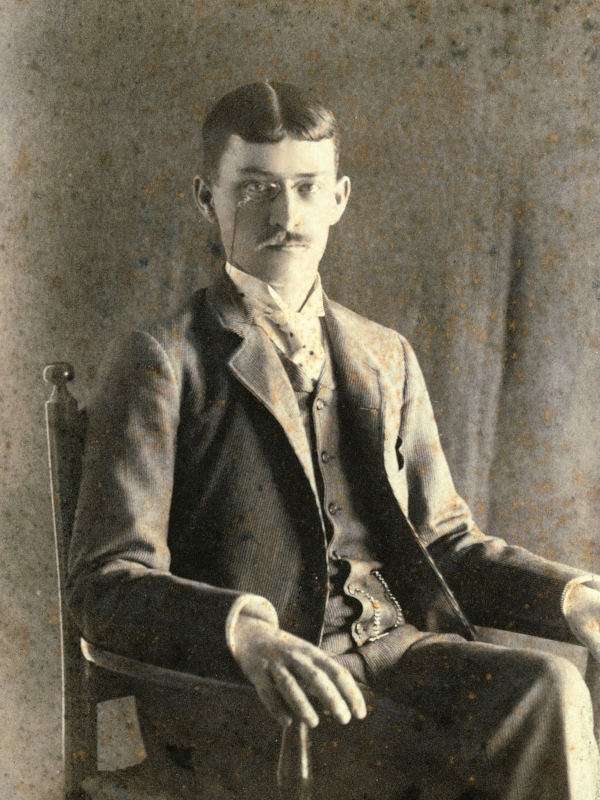 OGDEN CODMAN
Ogden Codman Jr. was an American architect and interior decorator in the Beaux-Arts styles. Codman's New York clients included John D. Rockefeller Jr., for whom he designed the interiors of the Rockefeller family mansion of Kykuit in 1913, and Frederick William Vanderbilt, for whom he designed the interiors for his mansion in Hyde Park, New York, and his house on Fifth Avenue. He also collaborated with Edith Wharton on the redesign of her townhouse at 882–884 Park Avenue as well as on the design of The Mount, her house in Lenox, Massachusetts. 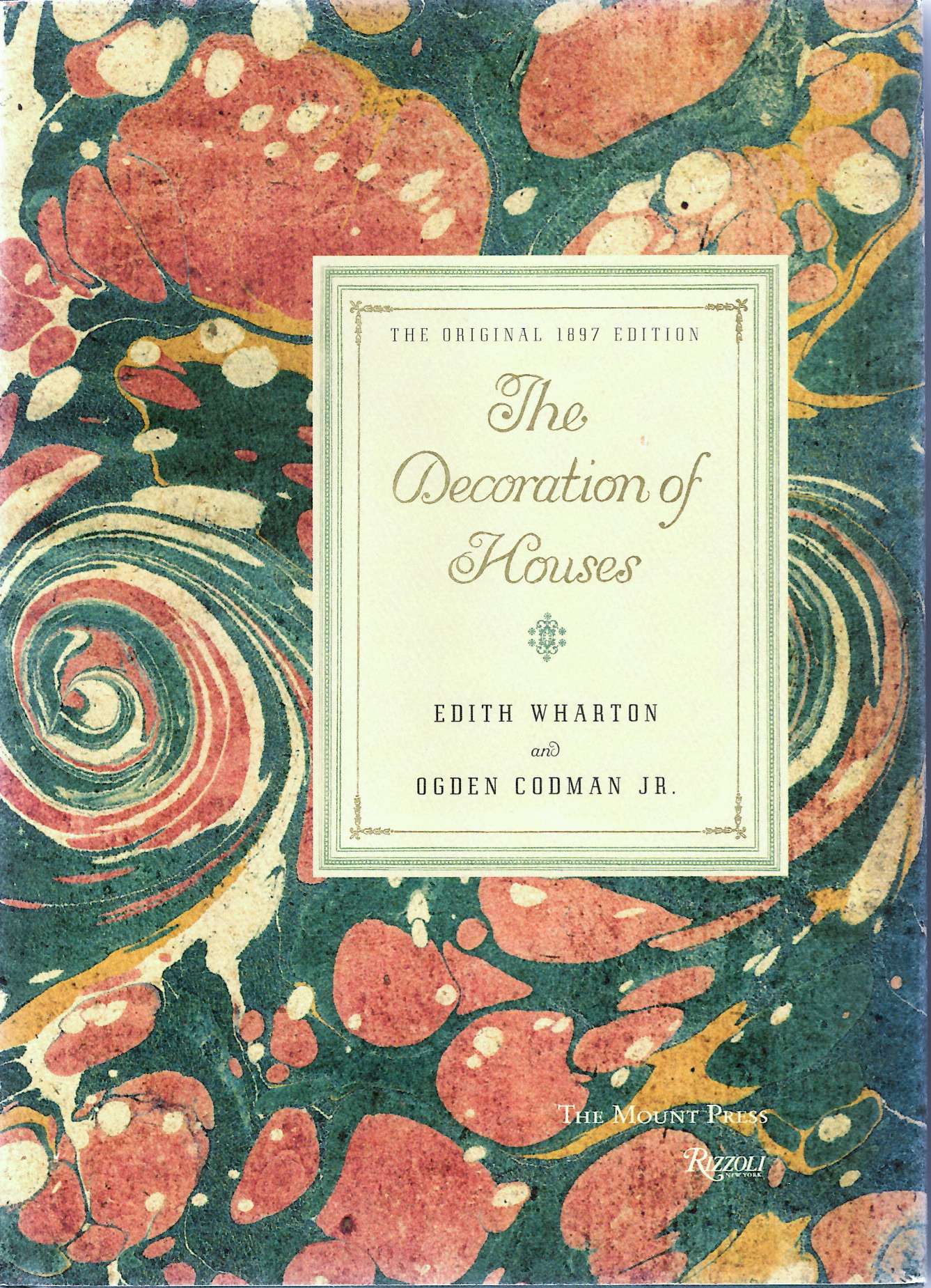 Codman Jr. co-authored The Decoration of Houses (1897) with Edith Wharton—a seminal work is still used and referenced today as a standard in American interior design. Codman and Wharton denounce Victorian-style interior design, heavy window curtains, Victorian bric-a-brac, and overstuffed furniture. The pair advocated for a consideration of architecture and space planning in interior design—a philosophy of symmetry and proportion that was novel at the time of writing. 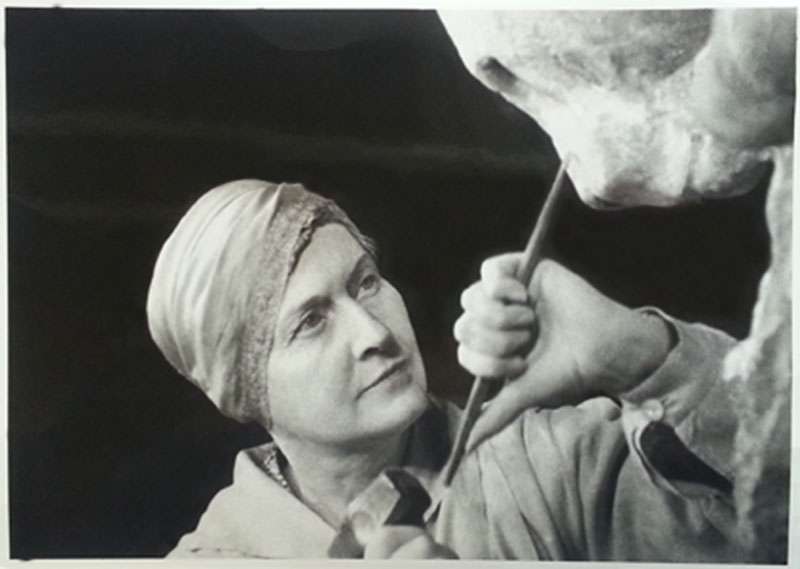 ARCHIE AND ANNA HYATT HUNTINGTON
Archer Milton Huntington was a philanthropist known for his scholarly works in the field of Hispanic Studies. He founded The Hispanic Society of America in New York City, and made numerous contributions to the American Geographical Society. In 1902, Huntington purchased No. 1081 Fifth Avenue. In order to protect the light and air behind the property, he purchased the land directly to the rear as well, 3 East 89th Street. He continued to add to his lot, purchasing 1082 and 1083 Fifth Avenue in the following years. Ogden Codman Jr. was first involved in the remodeling of Huntington’s home at No. 1083 Fifth Ave. He transformed the facade into a limestone-clad, 18th century French townhouse. Codman also had the idea to use Huntington’s vacant plot, what is now 3 East 89th Street, to create an L-shape additional wing for exhibition and entertaining spaces.

Around this time, Anna Hyatt’s career as a sculptor began to take off. In 1915, at the same time of 3 East 89th Street’s completion, her powerful bronze statue of Joan of Arc was unveiled in Riverside Park. She was the first woman to create a public sculpture in New York City; the work was the first monument in New York depicting a real woman, rather than an allegorical or mythological figure. She was one of the few commercially successful women artists of her time. Archer married the 47 year old sculptor in 1923 when Hyatt was commissioned by The Hispanic Society of America to sculpt a coin. Part of the fifth floor of 3 East 89th Street was outfitted with a large skylight and remodeled as a studio for the artist, and a five-room suite was arranged for her on the fourth floor.

By 1940, Archer had helped establish the Museum of the American Indian, The Brookgreen Gardens in South Carolina, The Hispanic Museum, the American Academy of Arts and Letters, the Mariners’ Museum in Newport News, and an art museum in Austin, Texas, among others. On June 12, 1940, he announced that he was donating his home to the National Academy of Design, of which Anna was a member, for its new headquarters.

The Huntingtons moved to their country estate in what is now Pelham Bay Park in the Bronx. After Archer died in 1955, Anna kept a small apartment and studio at the Academy on 5th Avenue until her death at the age of 97 on October 4th, 1973.

Derrick Adams was inducted as a member of The National Academy of Design in 2020.