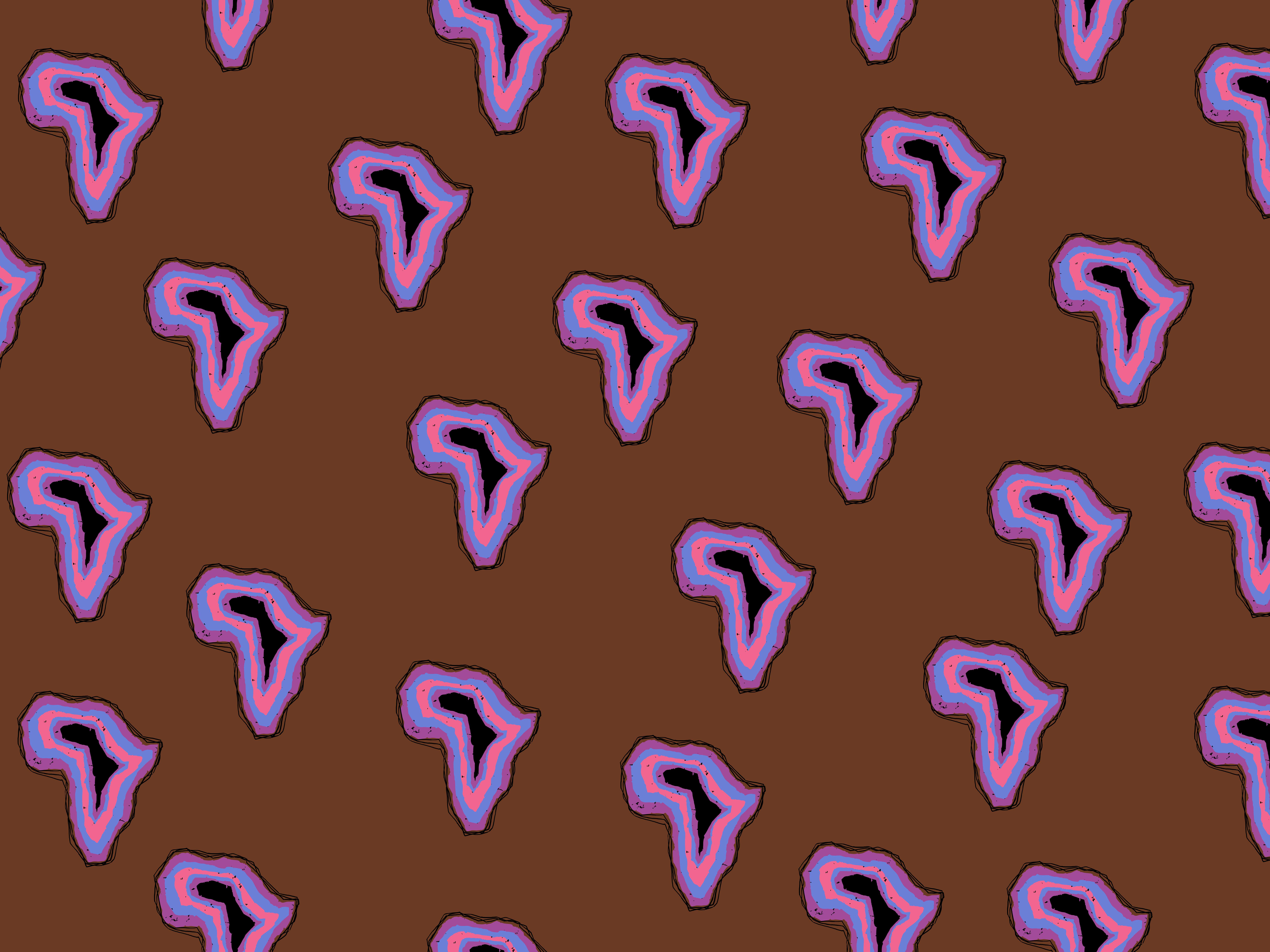 Robert Earl Paige (b. 1936) lives and works on the South Side of Chicago

“When I think of who I am and what I do, I’m part of a tradition, an African American tradition in decorative arts.” – Robert Earl Paige 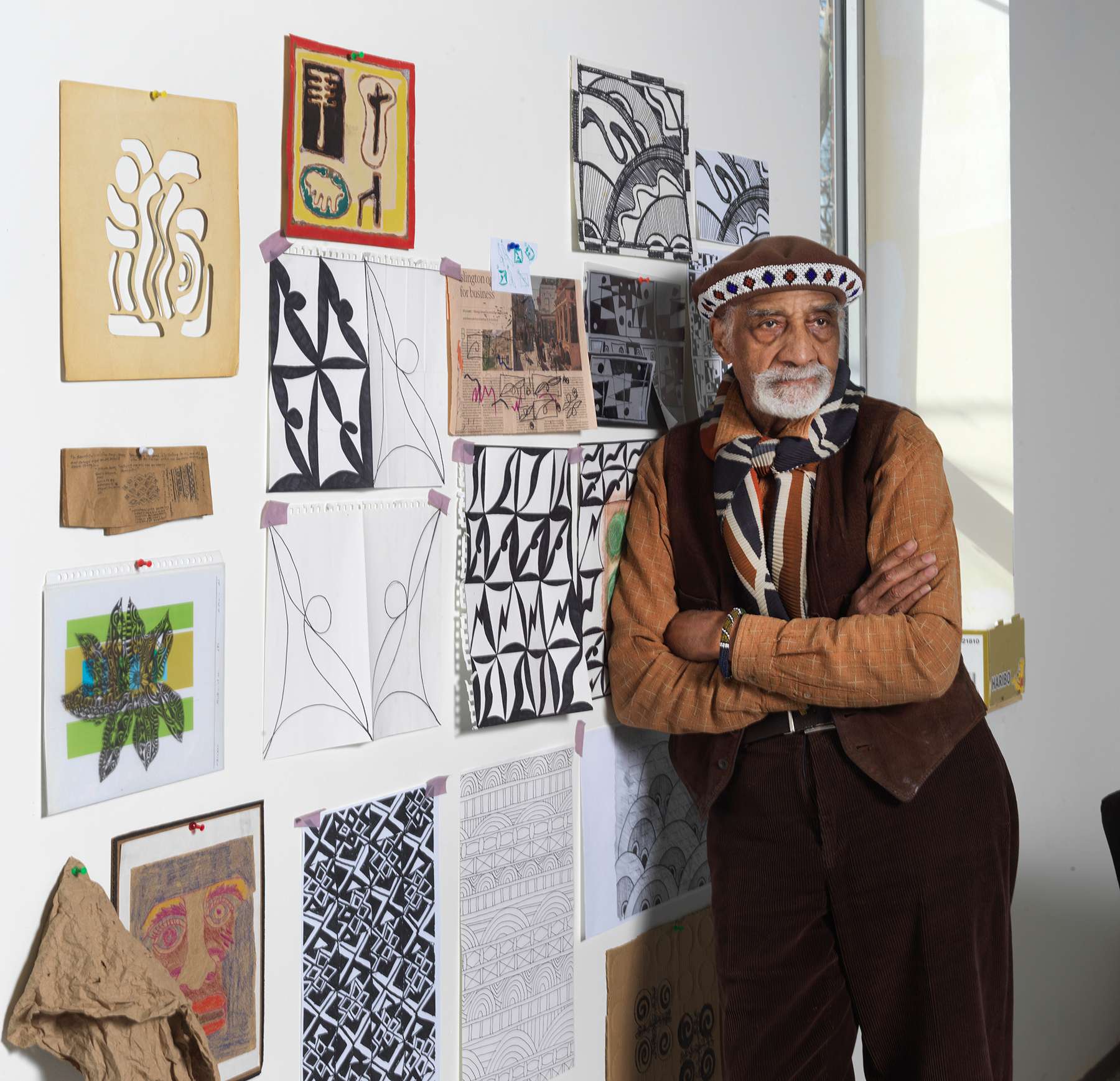 Born on November 27th, 1936, Robert Earl Paige was raised in a hyper-segregated Chicago, but he nonetheless traveled between worlds. After attending the Chicago Vocational School, Paige landed a job moving furniture at Carson Pirie Scott department store in downtown Chicago (for whom he designed a signature shopping bag in 1960). From there he managed to work his way across the street as an interior designer with the pioneering architecture firm Skidmore, Owings and Merrill (SOM) mingling with architects, engineers and craftsmen in a collaborative creative hothouse.

While at SOM he was accepted into a four year program at the School of the Art Institute of Chicago (SAIC) where he studied textiles under noted quiltmaker Grace Earl. Early influences included Chicago painter Gertrude Abercrombie, artist Alma Thomas, and the architecture of Frank Lloyd Wright, whose Robie House he had seen on Chicago’s South Side. He was captivated by the concept of total design: “the idea that everything in a home should be functional and beautiful.” He graduated from the interior design program at SAIC in 1962 and exhibited two textiles in the Young Americans show at the Museum of Contemporary Crafts (now MAD, the Museum of Art and Design) in New York.

Throughout his time at SOM and SAIC, he continued to develop his own practice. In 1964, to escape the corporate racism of his home country, he left America and traveled to Milan, Italy, where he was commissioned to design silk fabrics for scarves and other garments for a prominent Italian textile company.

The 60’s in America saw the emergence of a new Black aesthetic in the Black Arts Movement. In Chicago there was an explosion of creative dynamism on the South Side. In 1968 the AfriCobra collective (African Commune of Bad Relevant Artists) was founded in Chicago and artists of all disciplines threw themselves into creating an artistic and political collective that was open to everyone, all during one of the most turbulent and harrowing periods of the civil rights era. Returning to America, Paige contributed to this movement with bold energizing designs in ‘Kool-Aid’ colors. As always Paige worked in a spirit of uplift, offering beauty as a refuge from ugliness and a tool of protest.

“AfriCobra and the Black Arts movement brought art to the people. The South Side of Chicago was abuzz with creativity, camaraderie, and collaboration. We had all of these different things going on, you know, we had Kumba, which was a theater workshop, and the ACM, Association for the Advancement of Creative Musicians, we had the Afro arts theater where Earth, Wind and Fire came out of… Coltrane playing and Art Blakey coming in. The women, the men, all of us were very active in this black aesthetic, you know, we were on fire. At the root was our belief in our African heritage and aesthetic which we had to rediscover ourselves by looking to and studying the arts and culture of the continent itself.” – Robert Earl Paige

A meeting in 1972 with Leonard Evans, the African-American publisher of the Sunday supplements Tuesday, and Tuesday at Home, led to a commission that saw Paige travel to Dakar in Senegal to produce an editorial piece about African design. Paige was mesmerized by the colors and patterns of the traditional West African textiles he encountered. “That was an eye opener for me. You see an African man walking down the road with a kufi which is a Senegalese prayer cap, on his head and a skyblue robe accessorized by white sandals… the total look was like a composition to me. It gave me a whole new way of thinking about the elements of color, prints and patterns — and motifs like stripes, florals, geometrics.” This fortuitous and inspiring trip set him off in a bold new direction that continues to this day.