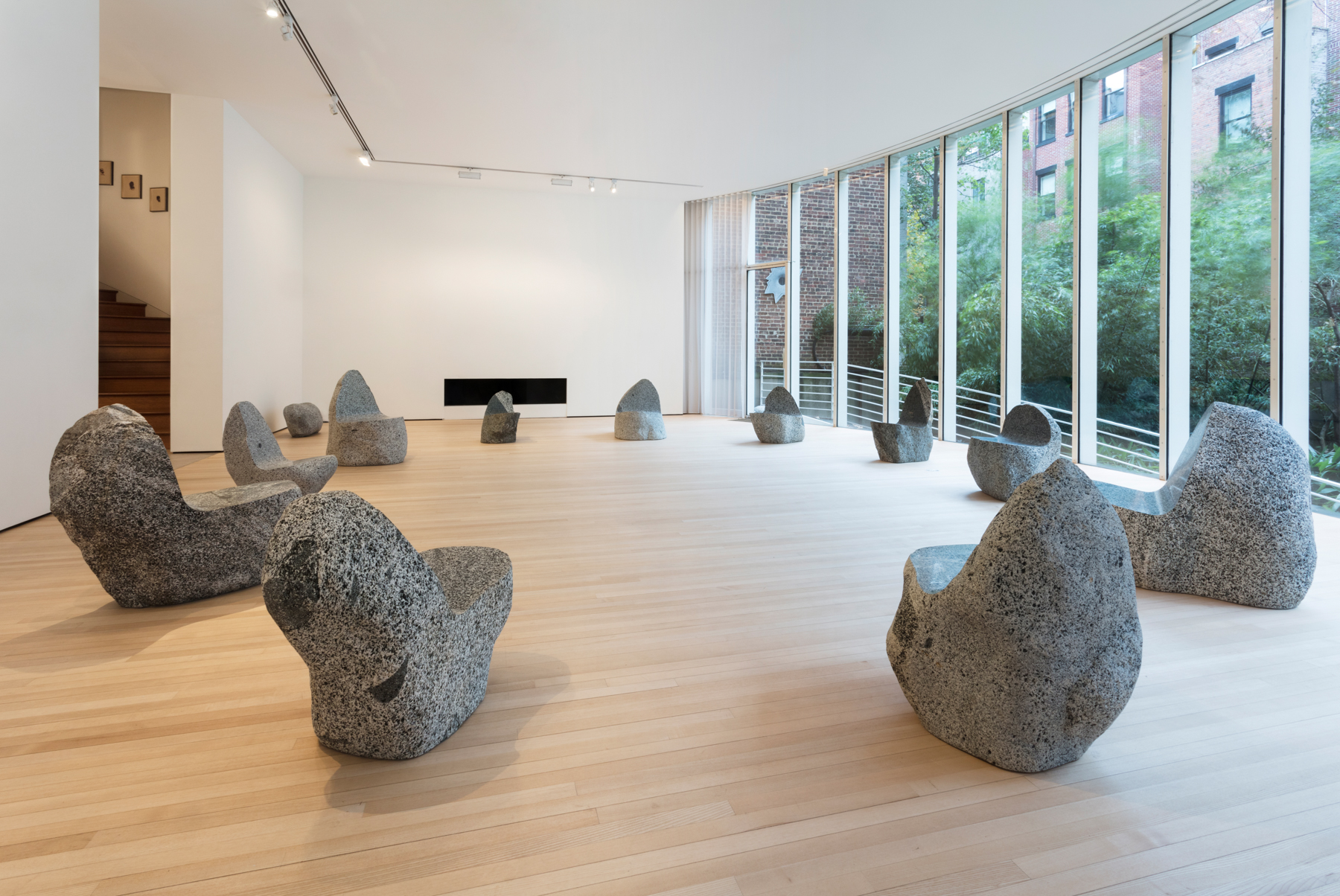 For his first solo exhibition with Salon 94 Design, Lamb presents Boulders, a new series consisting of eleven chairs and nine stools telling the story of the Adamello Mountain Range.

“Boulders is a deeply personal pilgrimage to the mountain landscape sur- rounding the Italian village of Carisolo, an exploration of the waterfalls and river ways of Adamello. On the five or so previous trips to visit Pedretti Graniti, I had hiked some of the mountain trails on route to the quarry, and collected from the rivers a handful of the smooth rounded pebbles of the same black and white speckled granite found in the quarry.The power of the fast paced river can be heard, felt and even tasted in the air due to the fine spray drifting down the valley from the thundering Cascate di Nardis waterfall.The power of the river is also immediately visible in the way it has carved the landscape over millions of years, and perhaps only slightly quick- er, shaped the riverbed and eroded the loose granite rocks as they tumble down stream until they become perfectly smooth rounded boulders.” — Max Lamb

For his first solo exhibition with Salon 94 Design, Lamb presents Boulders, a new series consisting of eleven chairs and nine stools telling the story of the Adamello Mountain Range, their geology and the force of the river that continues to sculpt the tonalite granite into smooth boulders in perpetuity. After millions of years, nature gradually and imperceptibly moulds the landscape and moves the tonalite rocks down the river. In a single action lamb lifts the boulders from the riverbed and slices them into furniture. One clean cut exposes the heart of each tonalite boulder.

With Boulders, Lamb playfully riffs on ancient rings and standing stones found in England. More than one thousand examples still exist from the bronze age, such as Avebury, Ring Brodgar and Stonehenge. During his upbringing, Lamb was fascinated with a neolithic stone circle close to his home in Cornwall, the merry maidens or dawn’s men, similar to the Cornish Dans Maen which translates to "stone dance." Alongside Boulders is a film of their making, following their path down the waterfall and river to their selection, extraction, cutting, grinding and polishing.