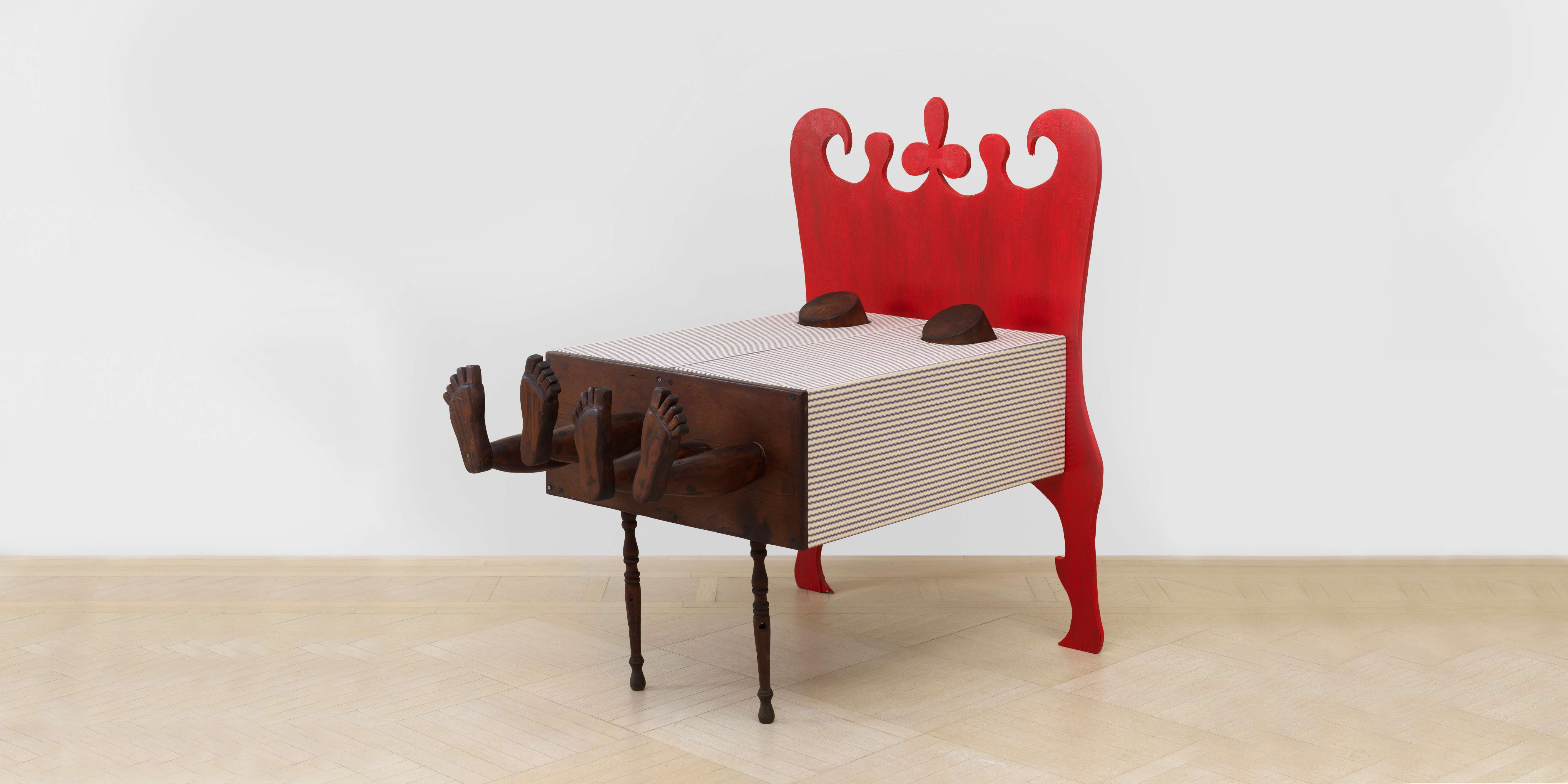 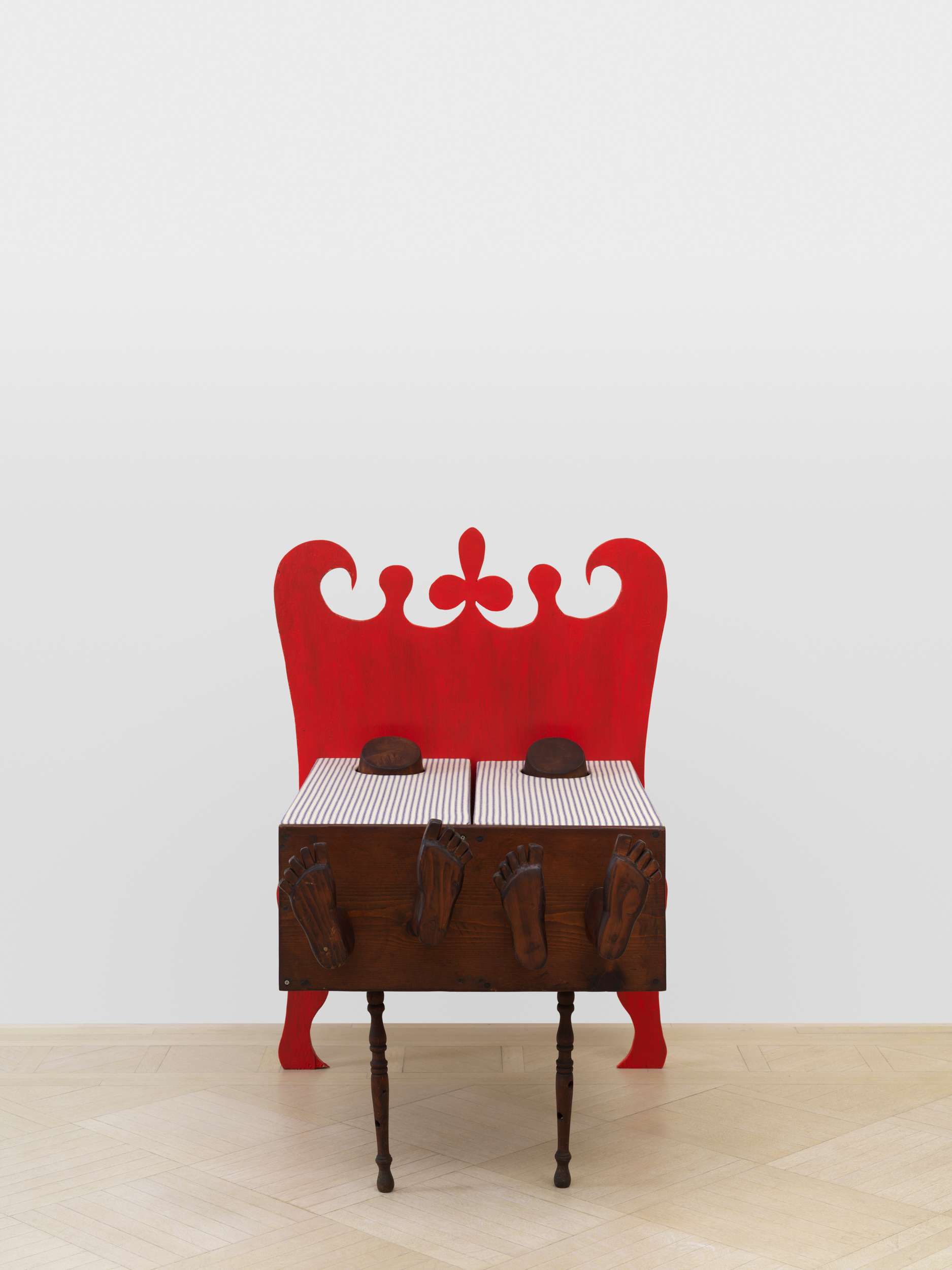 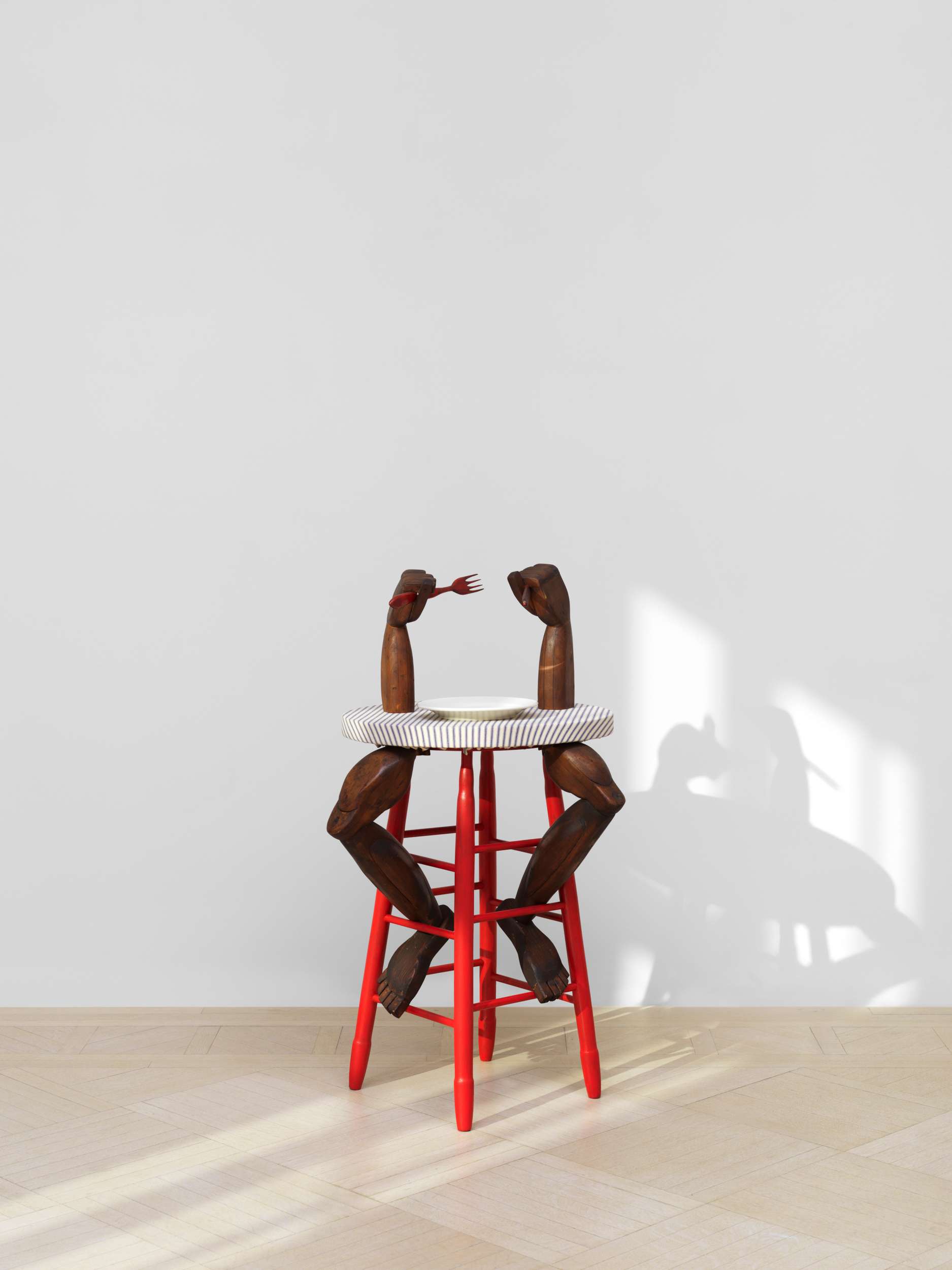 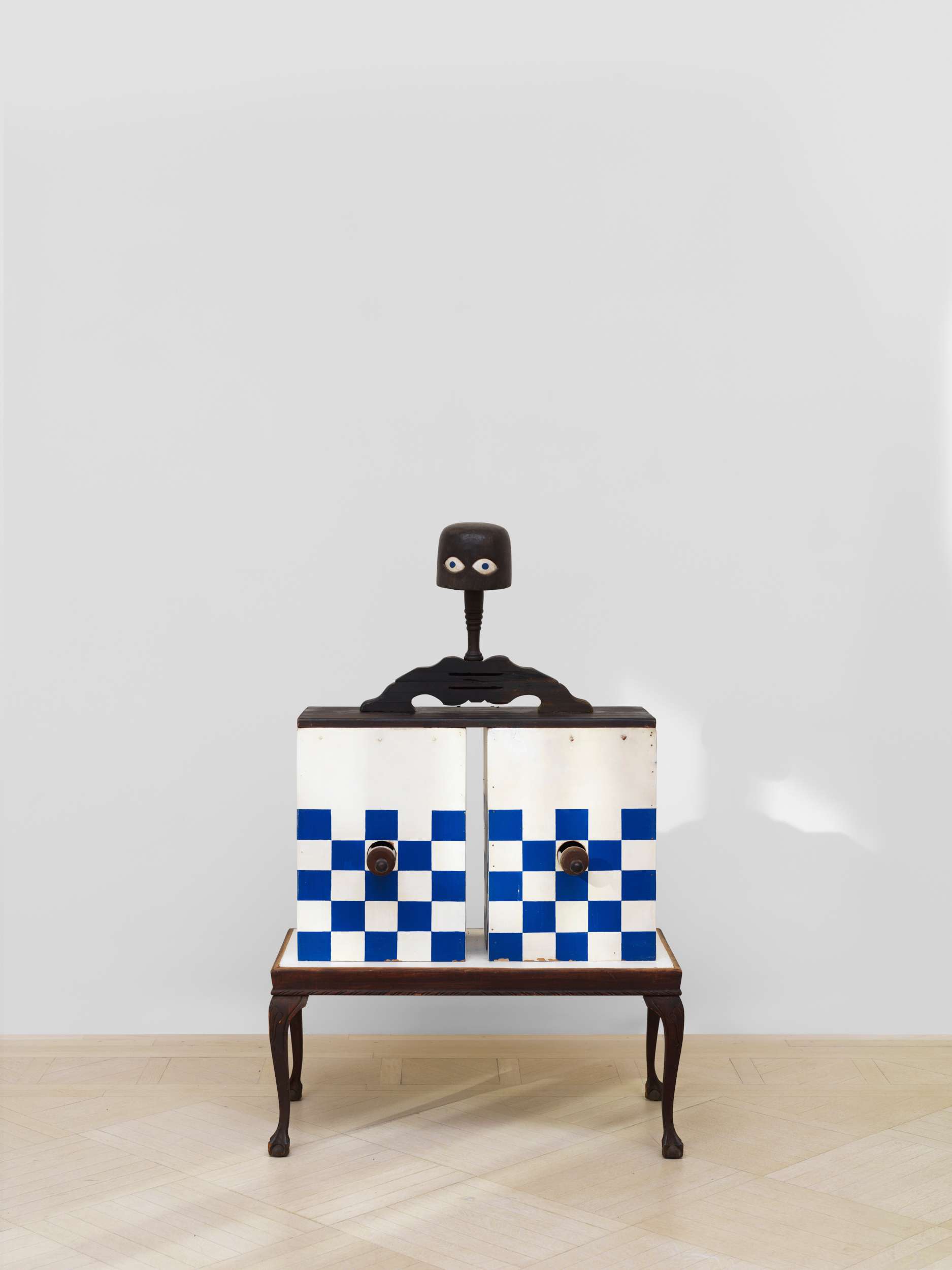 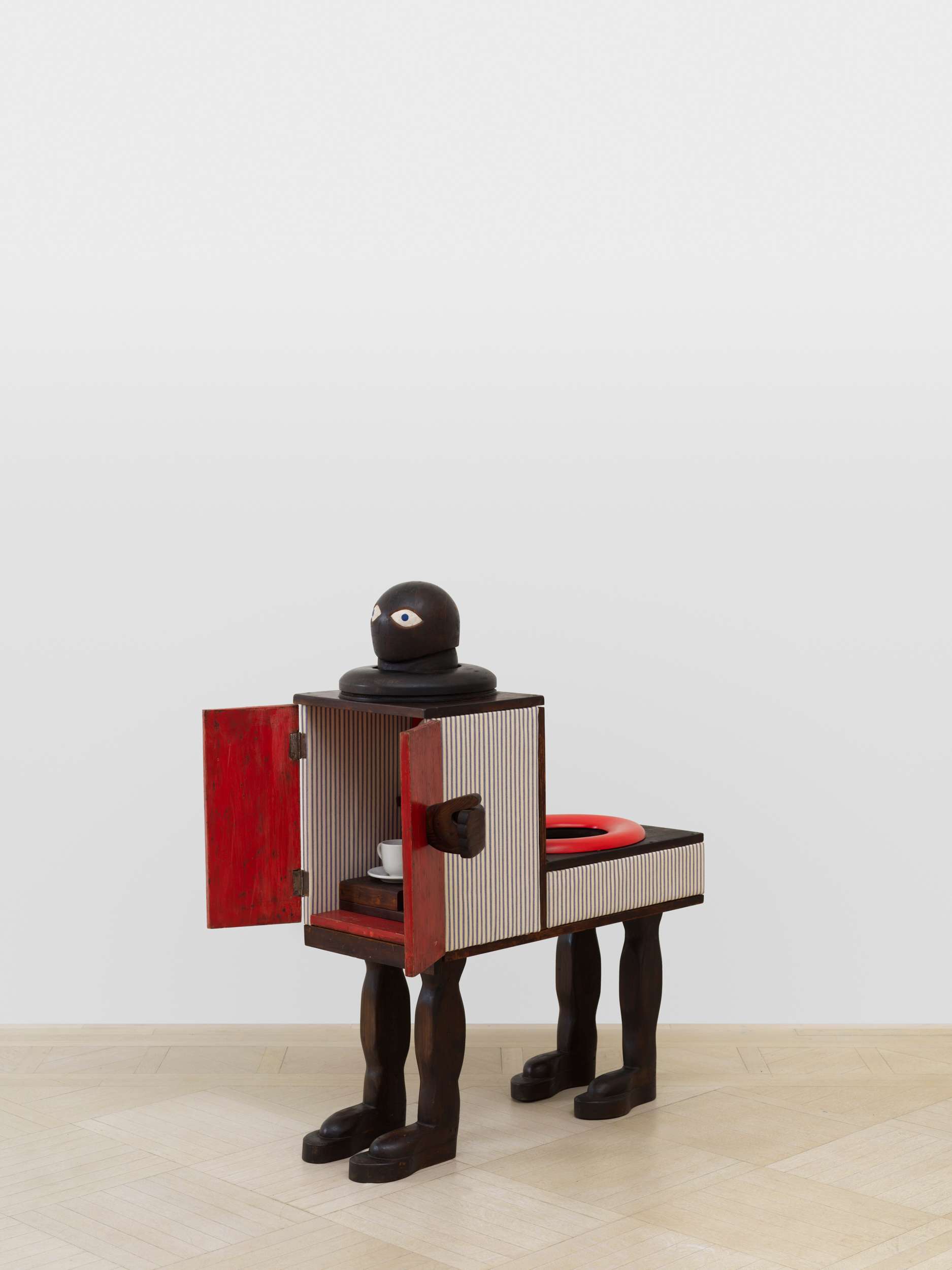 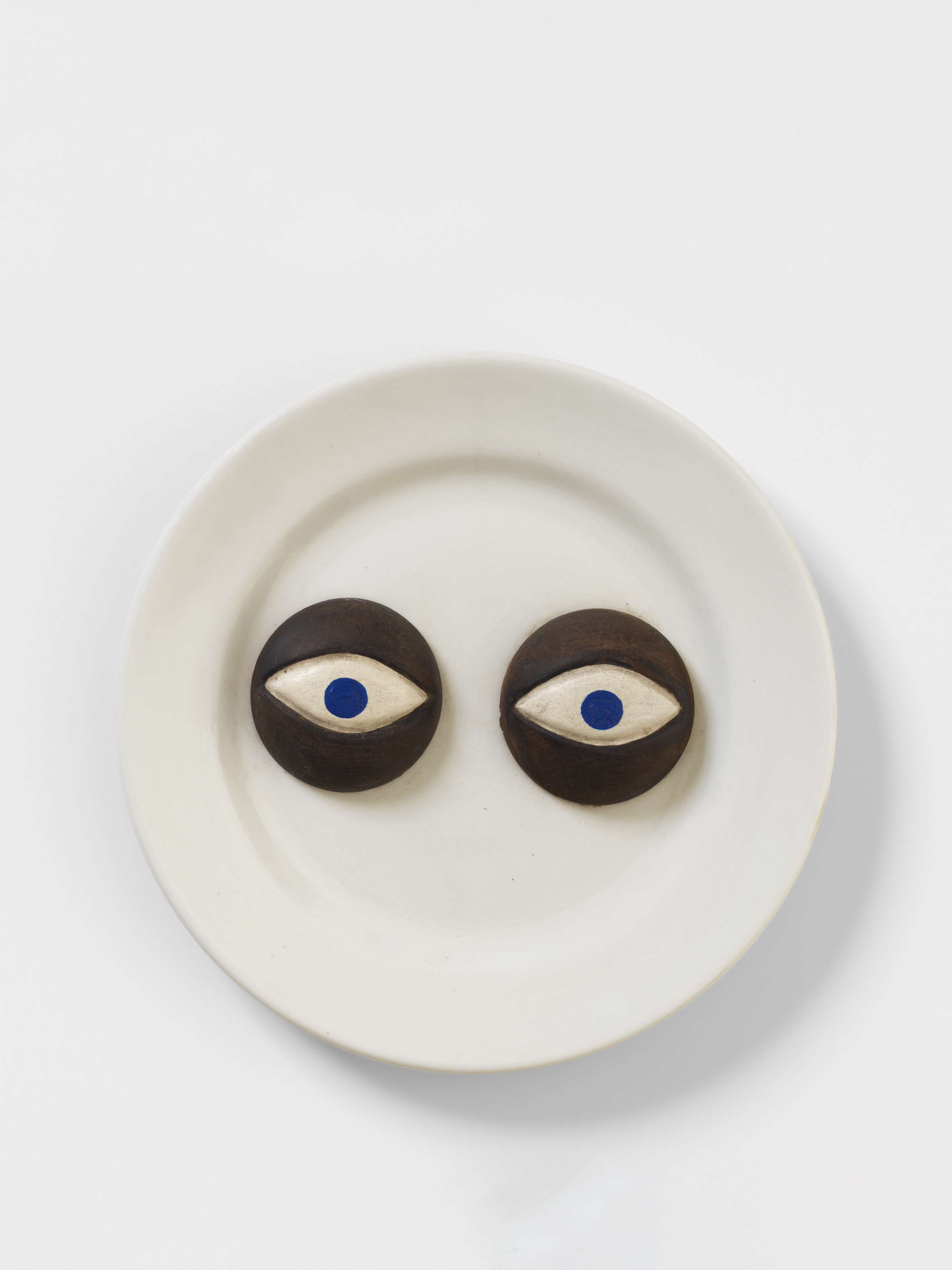 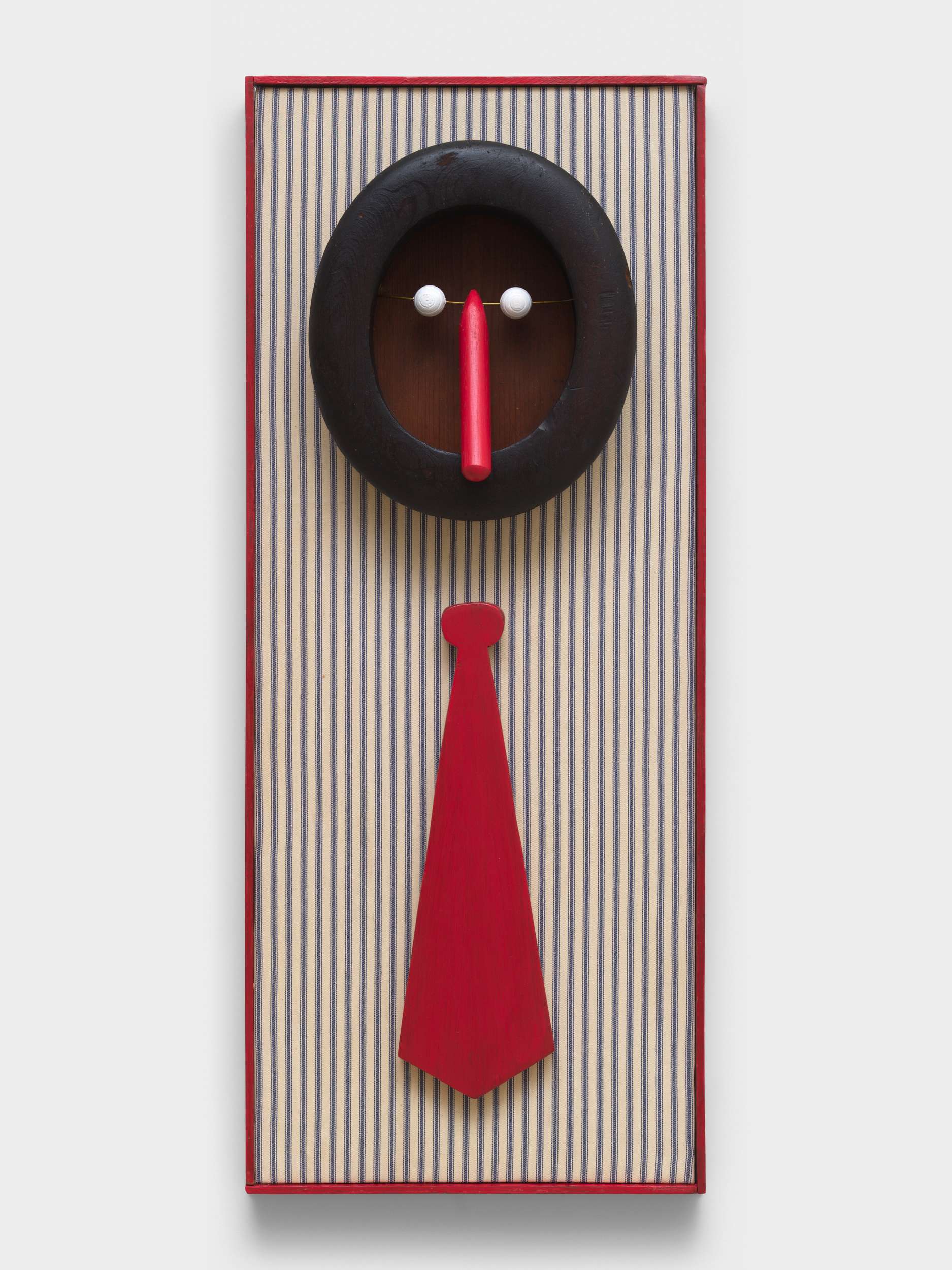 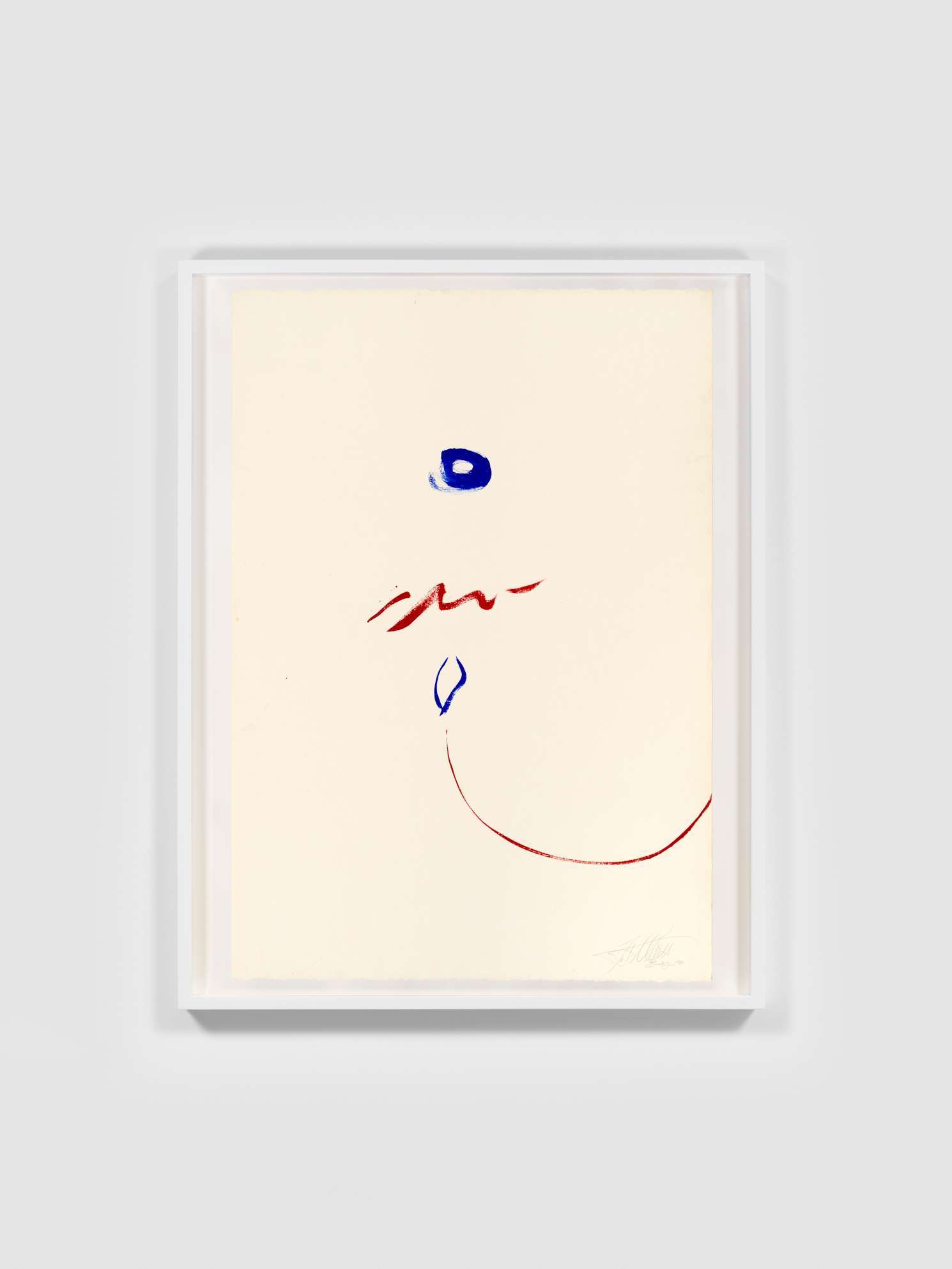 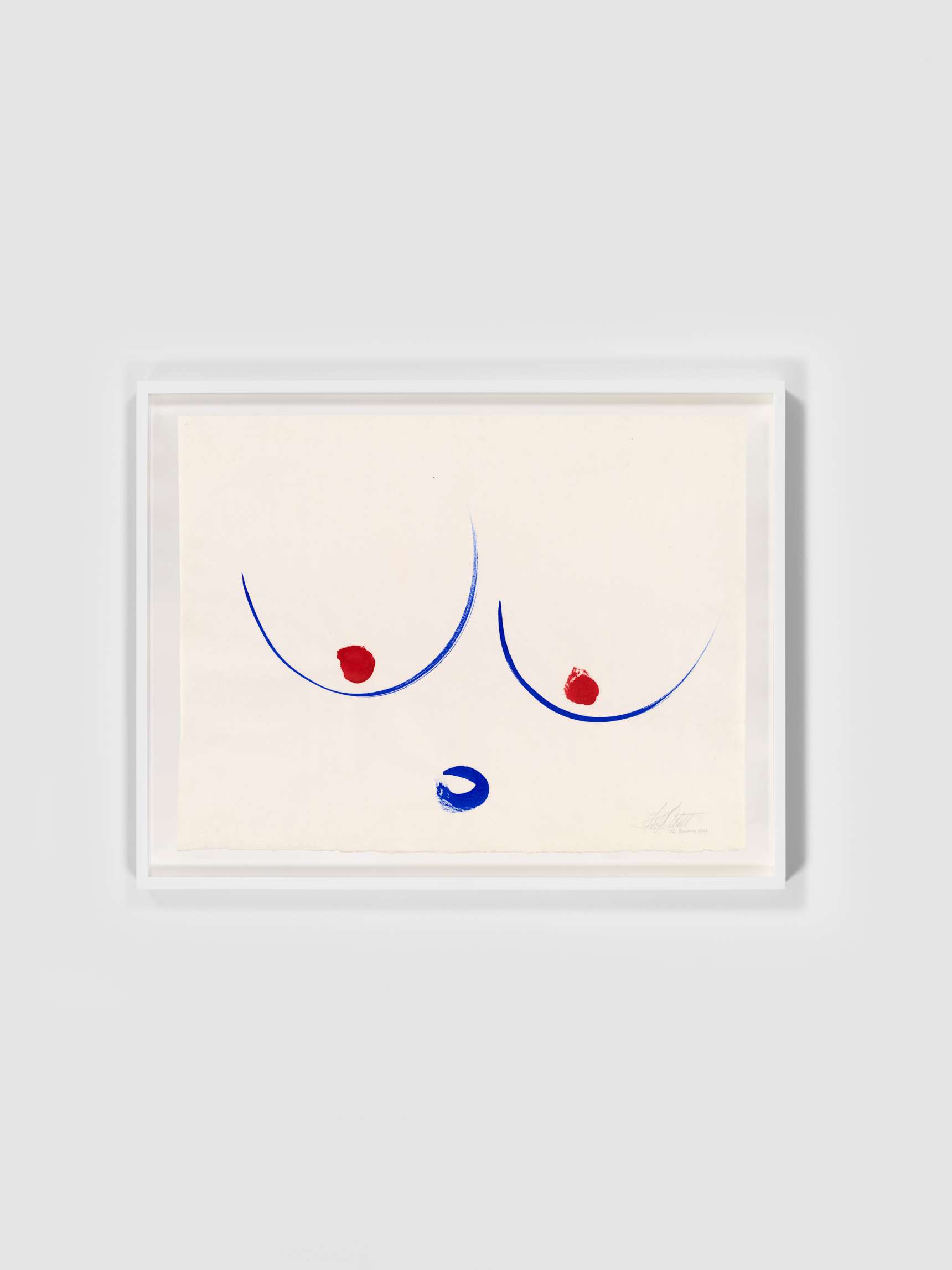 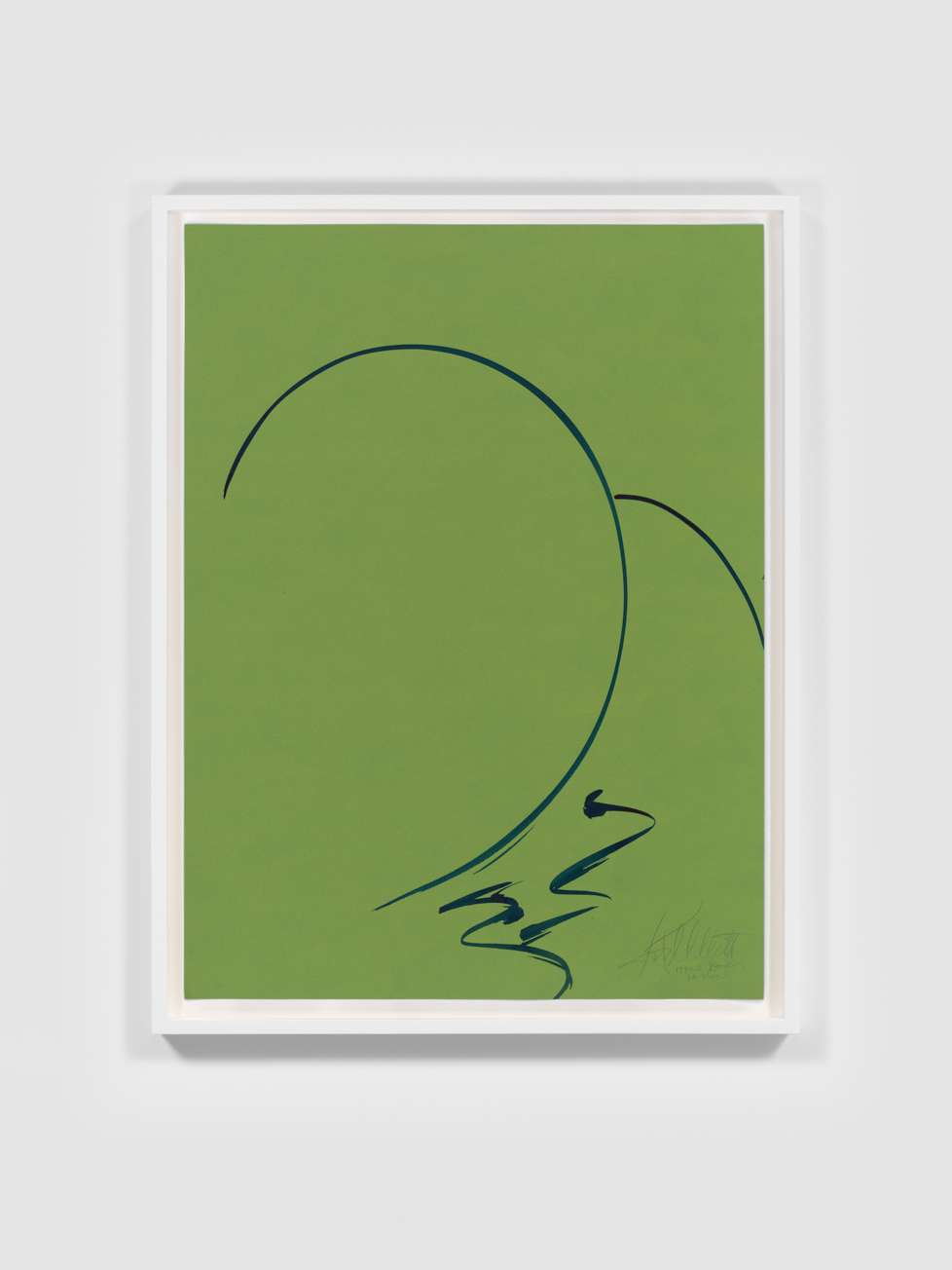 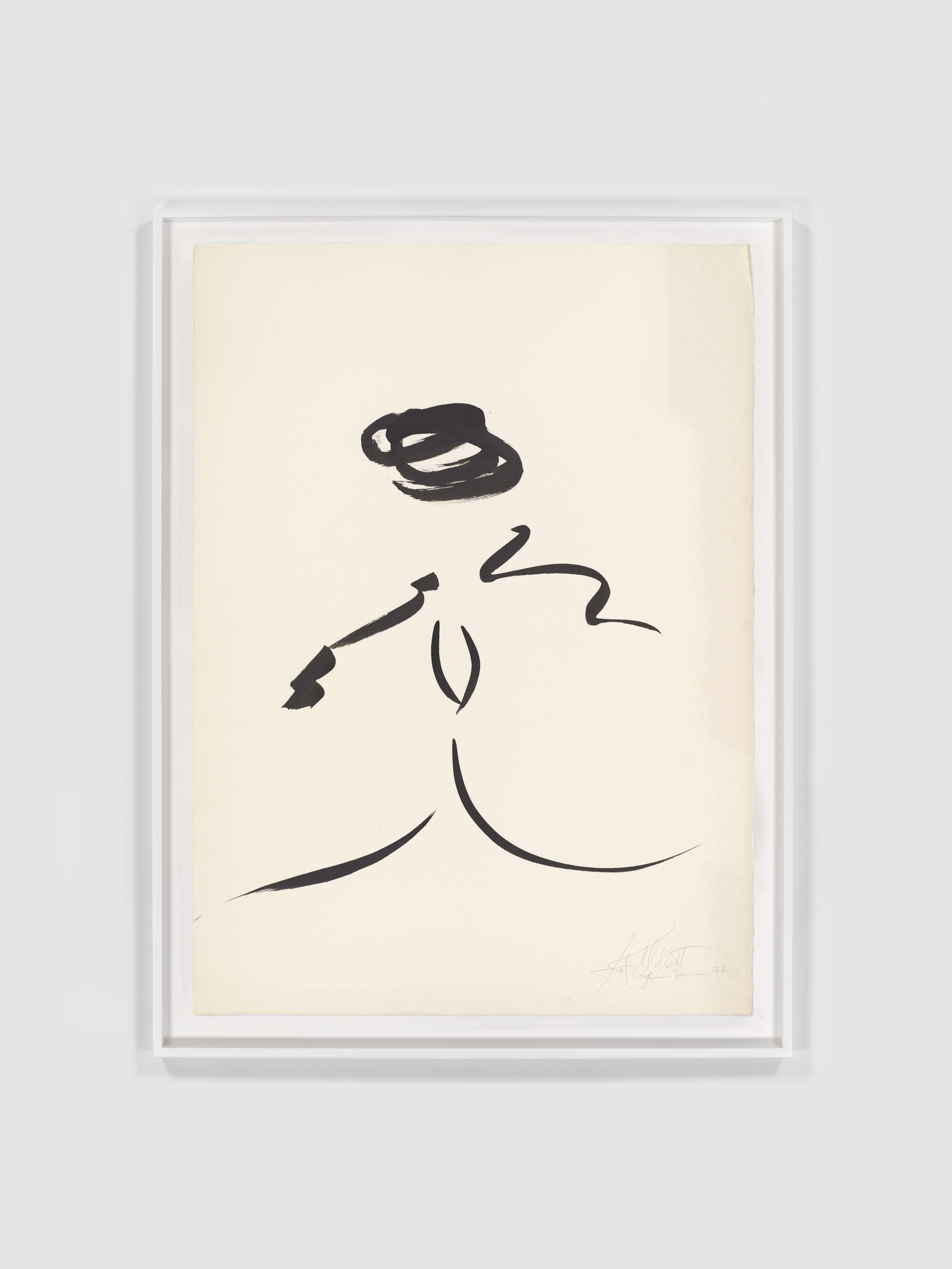 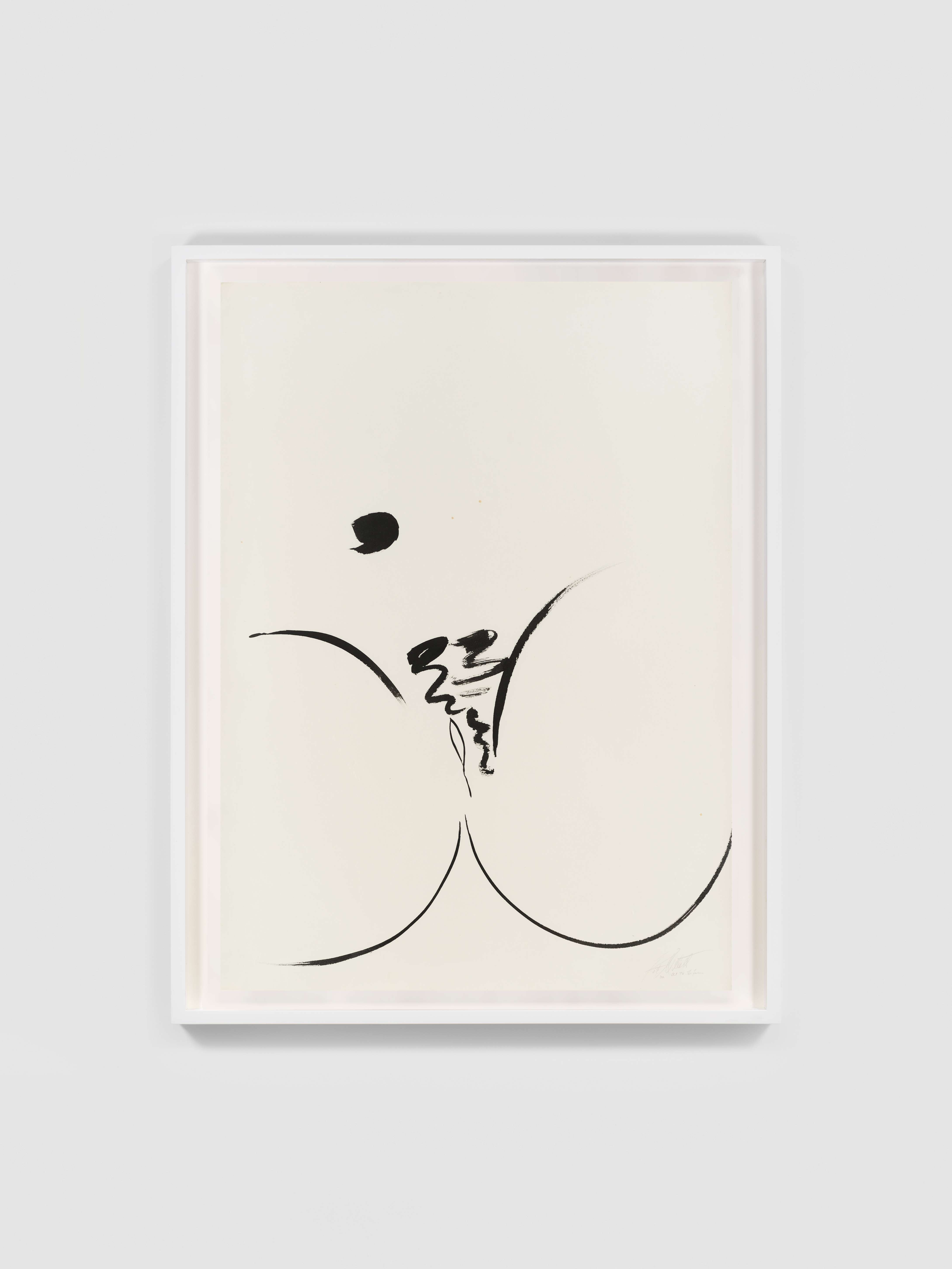 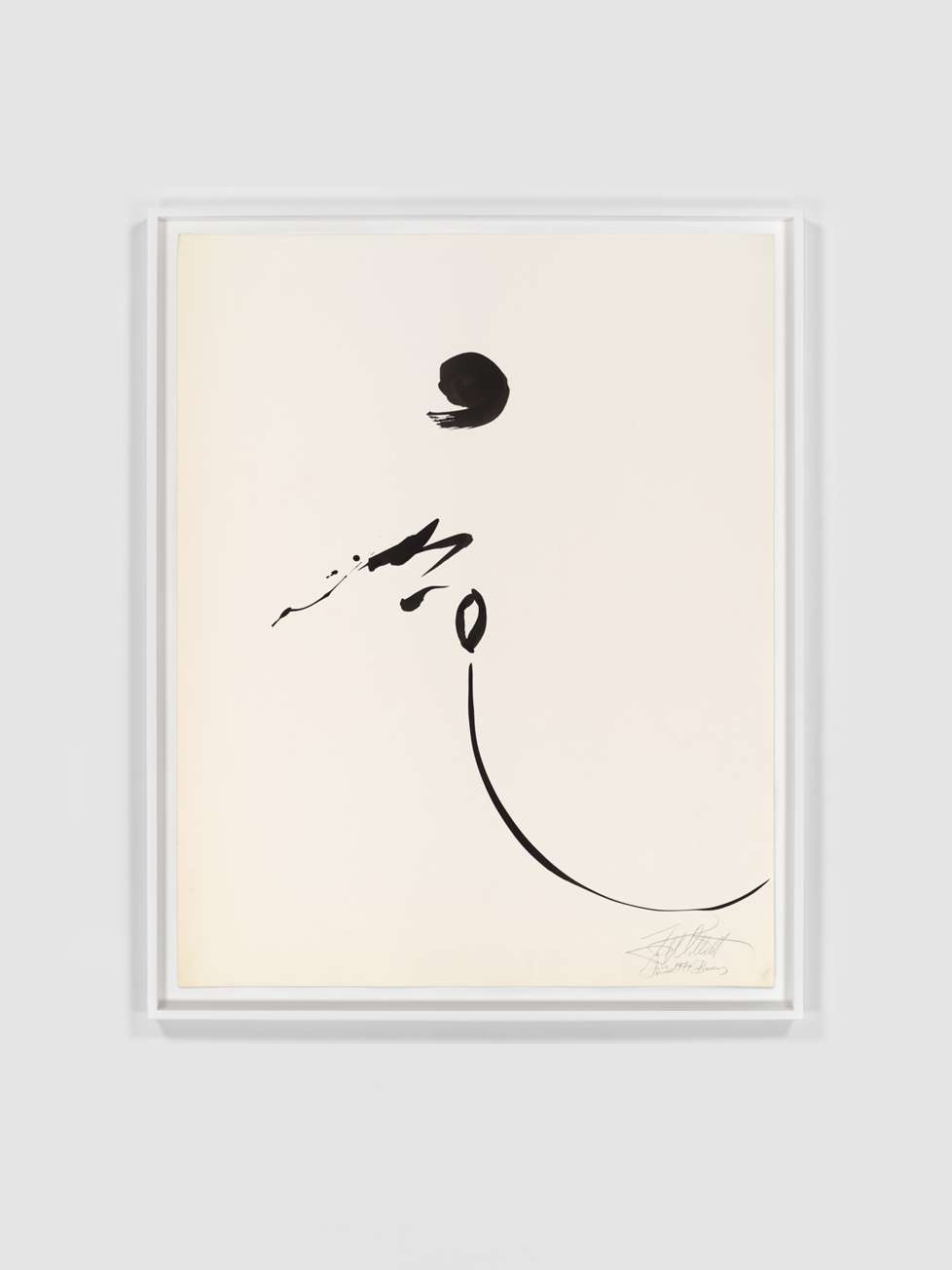 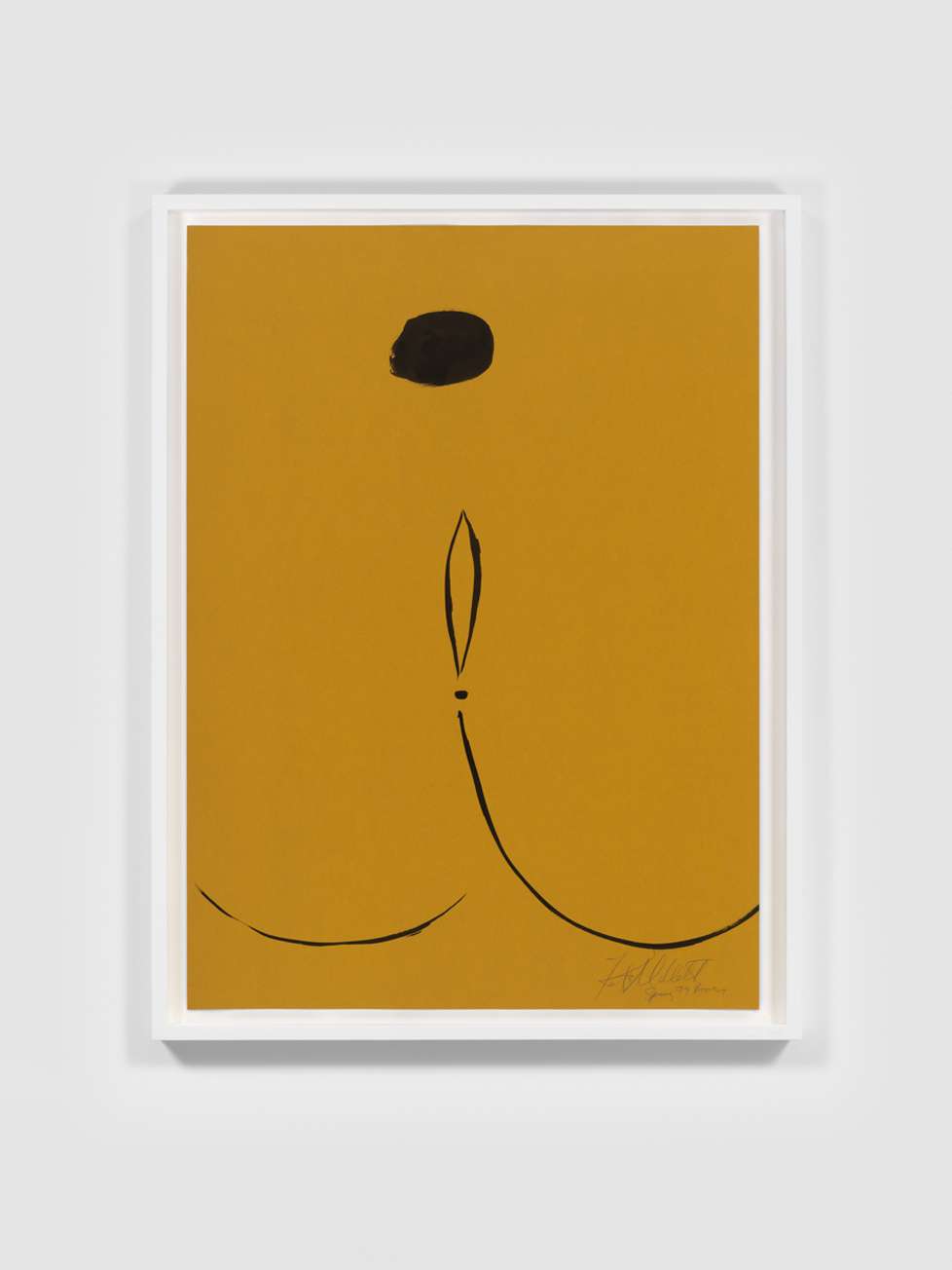 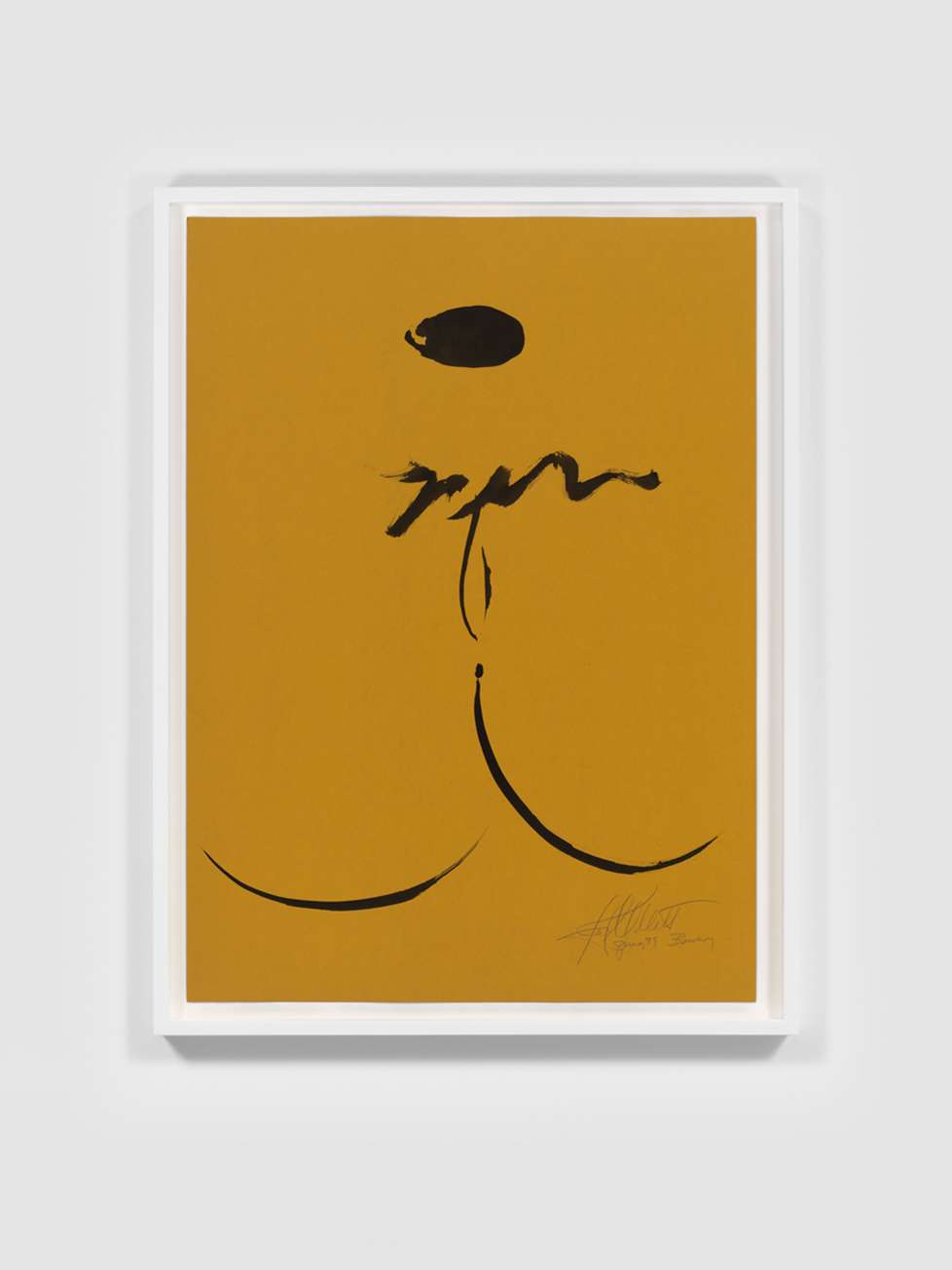 Salon 94 Design will present sculptures and drawings by feminist writer, activist and Fluxus artist Kate Millett (1934-2017) at the inaugural edition of Independent 20th Century — a new fair dedicated to revising the canon of 20th Century art. Best known as the author of Sexual Politics, 1970, Millett was embedded in the downtown New York art scene in the 1950s and 60s, working alongside Fluxus artists like Yoko Ono and Pop artists such as Marisol Escobar.

Millett’s Fantasy Furniture works are hand-carved of wood, upholstered in mattress ticking and combined with found objects into anthropomorphic sculptures resembling domestic furniture; Blue Eyed Marble Box, 1965, a cabinet of curiosities, peers out from a head with two blue eyes; Bed, 1965 with two sets of legs and heads protruding, suggesting a scene of two resting partners; Bachelor’s Apartment, 1967, portrays a four legged figure carrying cups, saucer, faucet and even a toilet seat – all the necessary amenities for the solitary bachelor.

Fantasy Furniture, henceforth sets the stage for prolific life of feminist activism and critic and also establishes Millett as part of the Fluxus Movement with the inclusion works from the Metaphysical Food, Food for Thought series in the Fluxus Codex and The Gilbert and Lila Silverman Fluxus Collection.

In 1970, with the advance from her recently published book Sexual Politics, Kate Millett purchased a run down 1850’s farm house on seven acres of land on the outskirts of Poughkeepsie, New York. Originally intended as a retreat from her Bowery studio, the Millett Farm quickly evolved into a dynamic haven for women artists and writers. From here Millett began her series of lesbian erotic ink drawings. Drawn from and inspired by the women of the farm —the muses, creatives, and activists she surrounded herself with—these simple poetic drawings provide insight into an important moment of female collaboration and utopia for Millett. While some figures remain anonymous, several are named after specific friends and lovers; one being the noted photographer, Cynthia MacAdams, whom Millett affectionately referred to as “Rosie Dakota”. Also featured in this collection is the original drawing Sita, 1976, reproduced on the cover of her autobiographical love story Sita published in 1977.

These works draw inspiration from her time spent in Japan from 1961 to 1963 and the aesthetics of Japanese calligraphy. Coupled with her appreciation for the female form, they become formal abstractions, that done repetitively, were a meditative aspect of her practice and life on the farm. First exhibited in 1977 at Woman’s Building in LA, the works from this series were later exhibited in a traveling exhibition entitled Lesbia Erotica, 1980-1981 which showed in Paris, Amsterdam, Berlin and New York. Most recently the works were exhibited in Millett’s retrospective at the Dorsky Museum, NY, The Nasher Museum, NC and Galleria Escape Des Femmes in Paris.

09.09.2022
Here Are 7 Artists Who Stood Out at Independent’s 20th-Century Fair, From a Texas Modernist to a Pioneering Graffiti Artist
Sarah Cascone

05.17.2022
INDEPENDENT TO LAUNCH FAIR DEVOTED TO DIVERSIFYING THE CANON OF TWENTIETH-CENTURY ART
Artforum